The 40th annual Head of the Lake Regatta hosted by the the Lake Washington Rowing Club on Sunday, November 2 brought together 83 rowing clubs for juniors, collegiate, and masters competition on the 5K route running from Lake Union, through Portage Bay and the Montlake Cut, to the finish line in Lake Washington. Bainbridge Island Rowing entered boats in 14 events. The competition was stiff, and the day belonged to the BIR Masters teams.

The biggest BIR win came in the Parent/Child event. Father and son John and Noel Christiansen, both masters, took first place out of six teams in the race, besting second-place Renton by 34 seconds with a 21-minute finish. The Mixed Masters 4x team also took first, over Delta Deas (Delta, BC) and Vashon.

The races were head races, meaning the starts were staggered (necessary for an event with so many entries and a narrow course) and teams were racing against the clock. Teams came from all over, as far north as Anchorage, as far south as Davis, California, and as far east as Providence, Rhode Island. The weather was rowing perfect, cool but calm, and the autumn leaves along the Cut made a beautiful backdrop for the event. Throngs of spectators lined the Montlake Bridge for above-the-race views, the Cut, and the University waterfront.

The day before the 40th annual Head of the Lake Regatta, BIR novice teams hosted the annual BRRR Regatta in Eagle Harbor.

Enjoy these photos from the event:

Read about last year’s Head of the Lake here. 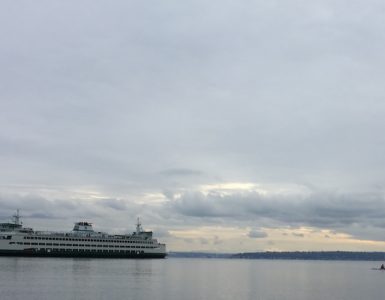 The 2018 fall season may be winding down, but it’s going out with a doubleheader: the BRRR and HOTL regattas, one at home and one away. On Saturday, November 3, Bainbridge Island Rowing hosts the novice-only BRRR Regatta at the Stan Pocock...