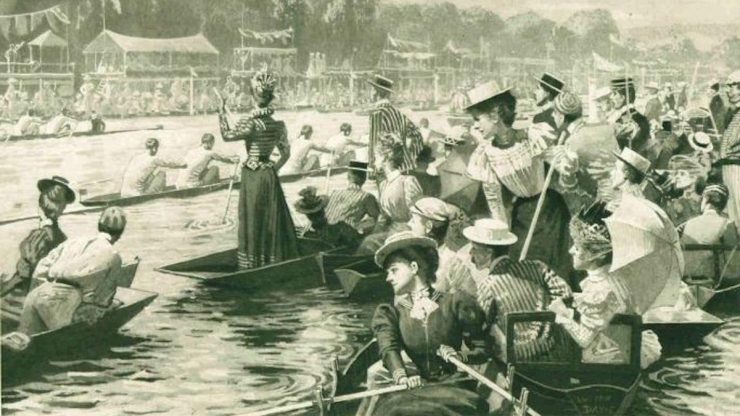 Imagine you’re at the first regatta of the season. You have a cowbell, but, frankly, they all sound the same, so your kid isn’t going to know you’re cheering for him. You yell, “Go Bainbridge!” but with all the hubbub you might as well be yelling, “Go Greenlake!” or even “Yo! Bridge!” (admittedly, that would be weird). You try yelling, “Yay, Olivia!” because that’s your daughter’s name, and twelve people turn around and look at you (five of them are from BIR, as it turns out). You’re wearing navy blue because that’s one of BIR’s colors, but guess who else is wearing navy blue? Fans from Conibear, Everett, Lake Washington, and Mount Baker. So what is a fan—in other words, you—supposed to do? Easy. Shop the BIR Spiritwear Store for cheer gear.

In our little online store you will find clothing, all sporting the distinctive navy and maize (also known as blue and yellow) emblem of Bainbridge Island Rowing, so you can brand yourself a die-hard BIR fan. Show your colors with a knit beanie—pom-pom optional—or baseball cap. Keep yourself warm with a hoodie or, on those warmer days, keep it simple in a BIR T, whether tri-blend or traditional cotton.

In the months to come, the BIR Spiritwear Store will be featuring additional promotional campaign gear, so look for notices about that here on the website and on Facebook.

As you sport your BIR colors and emblem, you can feel extra good about the fact that each purchase supports BIR directly: Profits from the BIR Spiritwear Store are applied to the costs of regatta participation for the Juniors Rowing Program. So pat yourself on the back and let out a little cheer for you: BIR’s number-one fan. Yes, and we mean you. You are our number-one fan.